Immunotherapy Future for Breast and other Cancers 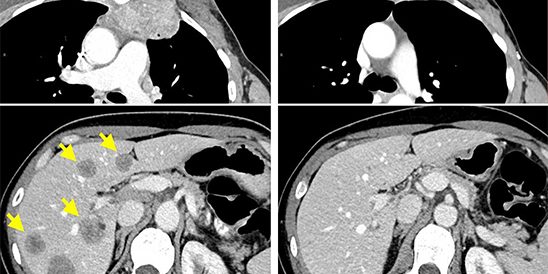 The US National Cancer Institute’s , ((NCI),  development of a novel approach to immunotherapy, reported in the June issue of Nature Medicine, has been given wide coverage in the British press. It is an important step forward in our understanding of cancer mutation and treatment.

The complex trial approach was in fact a modified form of adoptive cell transfer, (ACT), which has already been effectively used in in skin cancer treatment trials.

The treatment trial on a patient with late-stage breast cancer led to the complete cancer regression in the patient who had been  unresponsive to all other treatments. All of the patient’s cancer, which had spread to other parts of her body, disappeared after the treatments and has not returned more than 22 months later.

This was an innovative experimental approach for one very lucky 52-year-old patient who had not responded to hormonal and chemotherapy, and whose condition had deteriorated to a point that she was planning her death after the cancer had spread to her lungs and liver.

Extensive and time-consuming multi-centre trials must now be undertaken to prove the treatment’s efficacy before it can be made routinely available to treat late-stage breast cancer patients.

“This is an illustrative case report that highlights, once again, the power of immunotherapy,” commented Tom Misteli, Director of NCI’s Centre of Cancer Research, (CCR) at Bethesda.  “If confirmed in a larger study, it promises to further extend the reach of this T-cell therapy to a broader spectrum of cancers.”

CCR’s Dr. Steven Rosenburg, the clinical trial leader, commented on the broad potential of this experimental trial approach: “Because this new approach to immunotherapy is dependent on mutations, not on cancer type, it is in a sense a blueprint we can use for the treatment of many types of cancer.”

US National Institute of Health

Category: In the NewsBy Ian MacWattJune 7, 2018Leave a comment